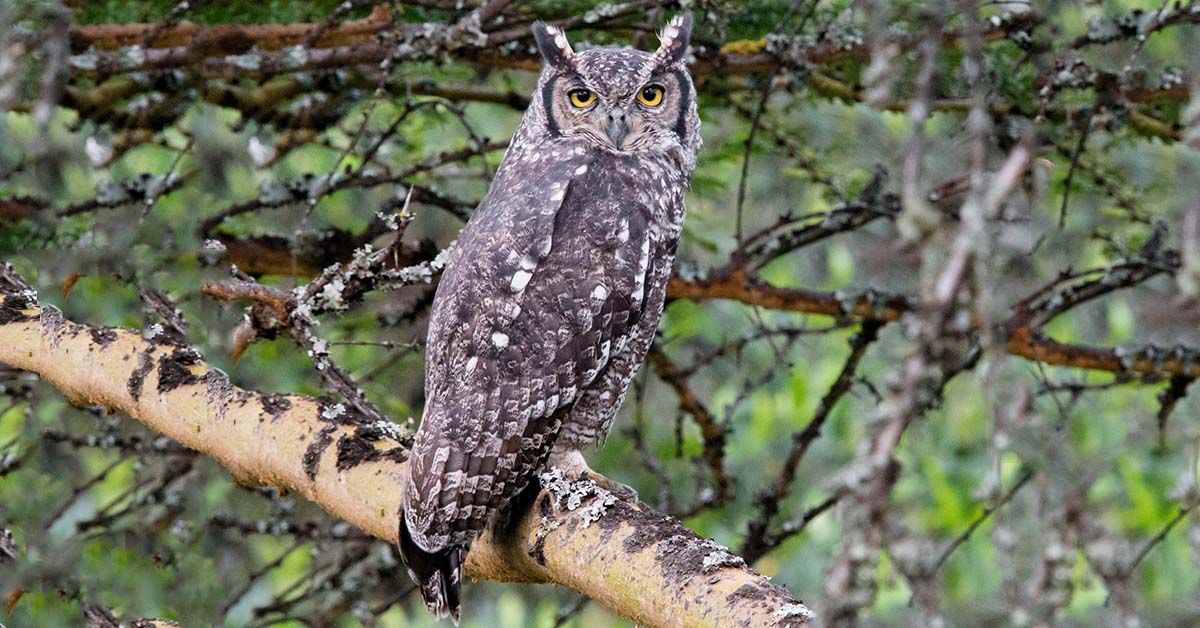 At the beginning of June, Dagny Warmerdam discovered one of Zeekoevlei’s resident male spotted eagle owls, weak and sick, on the ground in a garden in Skipper’s End. She called Dalton who arrived to assess the owl – he was able to pick the bird up quite easily, which indicated just how sick it was and he also suspected that it was suffering from concussion.

Dagny and Dalton wrapped the owl in a towel and Dagny drove it through to the Cape Exotic Animal Hospital in Durbanville. X-rays showed that the owl had internal bleeding in his chest, which was as a result of secondary poisoning from eating a poisoned rodent. As apex predators, owls can eat a number of rats and mice in a night and, if these have been poisoned, the poison will build up in the owl’s body and it will slowly bleed to death.

The owl was in a critical condition and stayed with the vet for a week, receiving treatment, including Vitamin K injections. After that he spent two weeks being rehabilitated by Mike Amira, the Owl Box Man. Happily, the owl fully recovered and was released back into his home territory in Zeekoevlei on 14 June 2019. He can often be heard calling at dawn and dusk around the yacht club area.

Rat poison doesn’t only kill rats and mice. It can also kill your dog or cat, and even your child if it is easily accessible.

Scientists in Cape Town have recently discovered that rat poison is killing our wildlife. They found “five different commercially available rat poisons in the livers of 81% of the predators we tested. Predators included common ones such as genets, Cape Eagle owls, and water mongooses, and rarer ones such as caracals, otters, and a honey badger. The detection of rat poison in otters is especially interesting because it suggests that poisons used on land can make their way into the city’s streams, wetlands and estuaries”. Read more here.

Be wise – rethink what you use in your home and garden

Rats can enter your home through an opening the size of a R1 coin. The most effective way to prevent a home rodent infestation is to keep them
outside. Seal all holes in roofs, walls, foundations, and sheds. Denying
access to their 3 basic needs – food, water and shelter – will greatly reduce
the chance of rodents in your home.

Want to learn more on what poison labels mean and how to choose low environmental impact poisons? Click here.

Many of us have seen or heard the spotted eagle owls that live with us in our neighbourhood. They can be seen perching in trees during the day and sitting on the street poles at night when they go out to hunt. These are spotted eagle owls (Bubo africanus). Also known as Gevlekte ooruil in Afrikaans and ifubesi or isihulu-hulu in Xhosa.

It is illegal to capture and keep spotted eagle owls – all owls are protected by the Convention on Illegal Trade in Endangered Species of Wild Fauna and Flora (CITES).